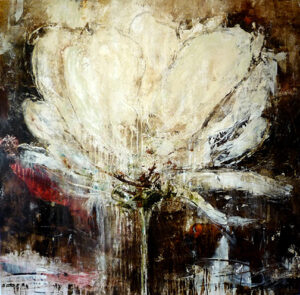 Jodi was born in Manhattan, Kansas and moved several times during her childhood.
Having lived in Hong Kong for 5 years, she was able to experience the diverse cultures and fascinating beauty of many exotic countries including India, Nepal, Thailand, Japan and the Philippines. After extensive travels she now calls Arizona home.

A lifelong love of art led Jodi to pursue an education in the field. She graduated with a
Bachelor of Fine Arts in Illustration from Kendall College of Art and Design in Grand Rapids, Michigan. From there she has been doing art professionally for over 30 years.

Jodi’s work can be found in both corporate and private collections throughout Europe, Canada, Saudi Arabia, Asia, Mexico, and the United States. Some of her corporate clients include The Grand Colonial Hotel in La Jolla, California and the Marriot Hotel Group. Celebrity clients include Hugh Jackman, Dr. Phil, Nicole Kidman, and Keith Urban. Her work has been used in numerous feature films and television commercials as well as several media productions including network television series “Two and a Half Men”.